Death bowling an issue but Sixers sill on track

After a terrific start to the season that included a couple of nail-biting wins, the Sixers are finding they can’t always have things their own way and have now lost two of their last four.

A Top 4 finish should be a mere formality but what they really want is to secure a Top 2 finish, of course.

That they didn’t chase 184 against the Scorchers last time out wasn’t the problem. The real problem was how they let the Scorchers get to that total after they looked like limiting them to about 165, which of course would have made all the difference. Sure, Mitch Marsh (57 off 27) is an excellent batsmen who can do that to anyone but the areas where they were bowling were all wrong and it’s becoming apparent that they’re at least one death bowler short.

Jake Ball hasn’t as yet made the impact expected and they’re beginning to realise just what a coup it was that they had Jason Holder for a few games.

Still, they’re very much on track and a win here would drastically increase their chances of getting that Top 2 spot.

Heat giving themselves a sniff

Fairplay to the Heat. It would have been easy to bemoan the fact that Tom Banton didn’t come over, that Chris Lynn got injured, that they lost a game by two runs or that they’re now about to lose their best bowler Mujeeb Ur Rahman to international duty.

But they just got on with it and have now won three on the spin. There’s very little in terms of star quality beyond Lynn and Mujeeb but different players have made contributions here and there when it mattered. Mark Steketee with ball (15 wickets) and Max Bryant (210 runs) with bat are just two of the players who have done their best to keep the Heat’s campaign alive. 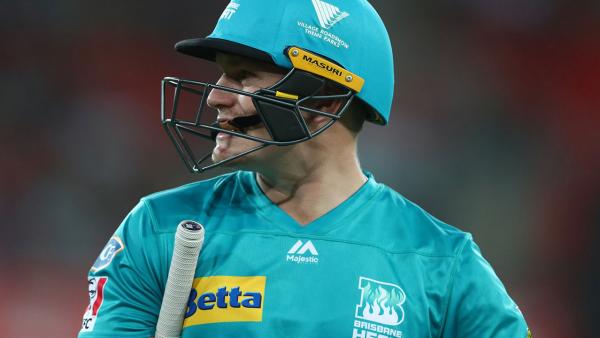 With Lynn fit and fresh from a man-of-the-match performance last time out they’re not out of it at all but losing Mujeeb will be as big a blow to them as losing Rashid Khan will be to the Adelaide Strikers.

Had this been a couple of weeks ago and you would have bitten the Exchange’s layers’ hand off for 1.8810/11 about the Sixers. Not only did they look a far better all-round side but the historical stats paint a very magenta-coloured picture with the Sydney side 10-3 up over the years.

But with three wins in a row playing two wins from four, it’s the Heat who have greater confidence and momentum right now. They also won this fixture when it was played a week ago, the Heat chasing 166 with minimum of fuss and getting there with seven balls to spare, a pretty big margin in this format.

This one’s at the Carrara Oval. A couple of the last few matches played here were rain-affected so it’s hard to determine what a decent score is first up. But the Sixers just about chased 169 against the Renegades over the full 20 overs and more recently also chased 151 pretty comfortably against the Strikers.

So as is the case on most BBL wickets: 160 looks a par score, 170 a good one and anything more than that could be pretty tough to chase.

Good chance to back Jack

Jack Edwards can probably consider himself pretty fortunate to have played all eight games this campaign for the Sixers. A career average of 14 is pretty dismal for a top order batsman and his strike rate of 103 belongs back in 2003 when the T20 format was created.

He’s only playing because an injury to skipper Moises Henriques meant Edwards came in as an opener and the likes of Dan Hughes and James Vince all slipped down a place.

154 runs at an average of 19 are further proof that this is no high-class player but rather one who’s happy to hit out or get out.

But despite all this, we’re backing him at 6/1 for Sixers top bat honours. Why? Because it’s a wrong price.

Having been about 4/1 all season, the Sportsbook have decided to boost his odds to 6/1 which would already be a bit odd but is even odder given it’s on the back of his sole top bat effort this campaign.

His somewhat pedestrian 44 off 38 was never going to get the Sixers close to chasing the Scorchers’ 184 but it will have given him considerable confidence. There’s no reason why any opener should be that price and we have to take it.

Jordan Silk (6/1) could also be worth a second look and another promotion up the order could make Dan Christian’s price (10/1) look pretty big. But Edwards gets the nod.

By the way, if you want further proof that Edwards is a wrong price for top bat, consider this: he’s 6/1 to be the Sixers’ top batsman yet just 10/1 for man of the match. The latter, just four points bigger than the top bat price, would not only involve the Sixers winning but also Edwards putting in a more important contribution than both any other batsman or any of the Sixers bowlers. That’s a big ask and illustrates where the real value on him lies.

Which Dan can be the man?

Playing the MOM market is fraught with danger. Hours of research can go to waste because someone somewhere decides that one player’s 50 off 35 was more valuable than a bowler’s 3/29 or that a quickfire 30 off 15 was more important than a more measured 45 off 38.

The flipside of course is that you only need to get two or three of these right a season, and you’ll be in profit. 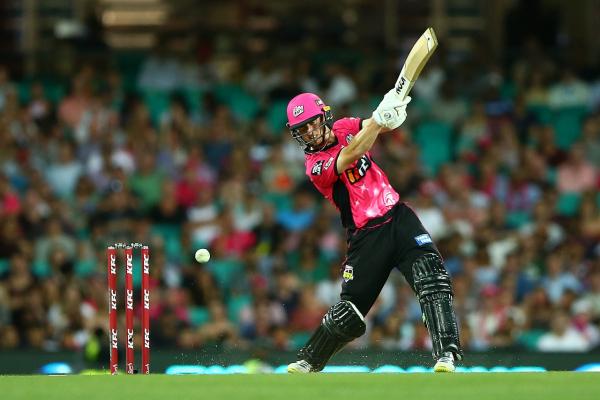 I said I wouldn’t back the Sixers for the game but I do prefer their chances and am happy to take a punt on a couple of their players for MOM honours.

First up Daniel Hughes (10/1), who is the team’s second highest runscorer on 213 and who has already played what was for me the best knock of the tournament, against the Stars. He bats in a position where he should have plenty of time at the crease and could be due after a couple of low scores.

Then, the other Dan, Christian (12/1). An old favourite of this previewer, his all-round abilities mean he’s always in with a shout.

That strange strategy of bowling around the wicket at the base of leg stump has yielded nine wickets to make him the second highest wicket taker for the side. And while his 99 runs aren’t particularly impressive, his strike rate of 206 is barely believable. And it’s exactly whirlwind cameos like that that can get you noticed by the Judges. At least, let’s hope so.