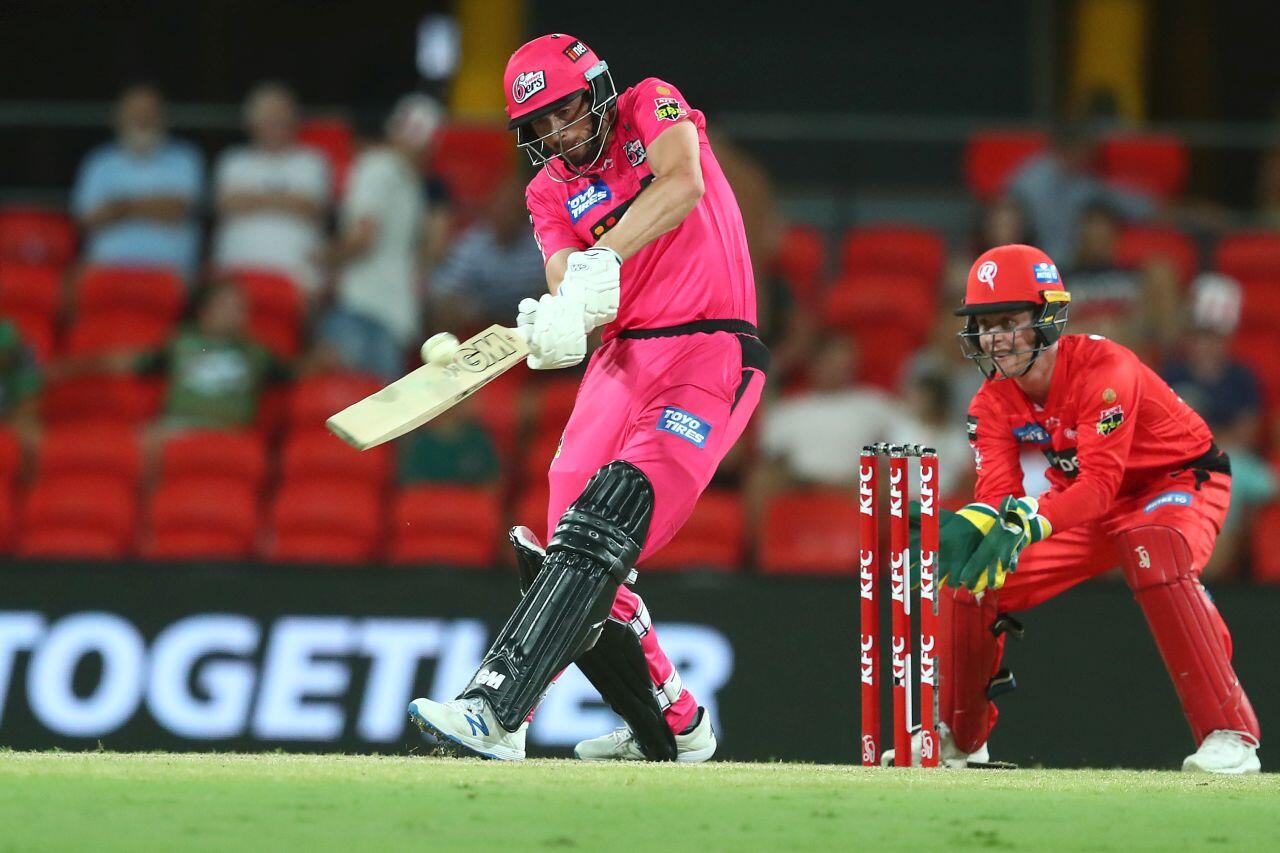 Stars on the slide

The final group game of BBL 10 sees pre-tournament favourites Melbourne Stars up against defending champions Sydney Sixers. Glenn Maxwell’s Stars started brightly enough with two straight wins but poor recent form means that the franchise may well be eliminated by the time the skippers meet for the bat flip.

That run of poor results includes two straight losses to Perth Scorchers and cross-city rivals the Renegades. The one positive to come from those defeats was Nick Larkin who made scores of 61 and 70 but there has been little support from Maxwell, Marcus Stoinis and the rest of the top order. In the bowling department, the skipper has arguably been too creative – using up to eight bowlers at times.

Sixers off the summit

Sydney Sixers were the first side to progress to the playoffs but Daniel Hughes’ team have since conceded top spot to the Scorchers. Two straight losses have cost them that place at the top of the table and the bowlers suffered at the hands of Alex Hales last time out. Finding the right balance among the attack has been an issue since Jason Holder’s early departure and Hales’ 110 drove Sydney Thunder to the highest ever team total at the Big Bash.

Batting has provided few concerns with Philippe in explosive form at the top while Hughes and Dan Christian have helped their side over the line in tight finishes. If the Sixers are to win on Tuesday and enjoy success in the next stage, the bowling is key. Lloyd Pope could be the latest sacrifice if his promising leg spin is deemed a luxury in this format.

Could the MCG offer home advantage?

The Stars may be more comfortable in the familiar surroundings of the Melbourne Cricket Ground and Maxwell’s men have won two of their three games at this venue. The Sixers travelled here to face Hobart on Sunday and the Hurricanes’ seven-run win was more comfortable than the margin suggests.

In the four BBL 10 games to be played at the MCG to date, the average first innings score has been 175. Only one of those matches has gone to the chasing side but rain is forecast for Tuesday so it could be a day to insert, depending on the weather and the potential for Duckworth Lewis.

Neither side is in good shape coming into Tuesday’s fixture but it’s the Sydney Sixers who lead the betting at 1.8810/11 for the win. Melbourne Stars follow at 2.021/1 and that’s a fair reflection of their respective positions in the table.

Much could depend on whether the Stars have any chance of making the top five when this game finally arrives. If it’s a must-win for Maxwell’s men, clearly they are going to be more focussed and the desire for the points will be greater. Unfortunately for the outsiders, I can’t see an equation where all other results go their way. I suspect the Stars will be eliminated ahead of the bat flip and that should hand the game to the Sydney Sixers.

Sydney’s James Vince has produced some of the ‘cameo’ innings that have defined his career at international level. Full of attractive, textbook stroke play, the opener doesn’t always convert and produce the seriously big scores.

Vince’s 38 from 23 balls with seven boundaries against the Thunder was a case in point but he can kick on and I’m expecting one of his big contributions on Tuesday. At 3/1 to be the Sixers’ highest run scorer, there is the potential for value in a market where Josh Philippe starts as favourite at 9/4. Other options include Daniel Hughes at 4/1, Moises Henriques at 4/1 and Jordan Silk at 11/2.

While Nick Larkin has impressed in the middle order, the Stars haven’t helped their cause by pushing Hilton Cartwright down to number eight. His 23 from 13 balls in a losing cause against Perth underlines the error and the former Australian international should have a bigger part to play against the Sixers.

At 6/1 to top score for Melbourne Stars on Tuesday, Cartwright is an option for anyone looking for a third tip. His place in the order is pivotal to his chances of converting but the all-rounder is clearly wasted at number eight.