Welcome to Betting.Betfair’s live blog for the second Test in Chennai. Can England increase their lead? Will India improve after a disastrous display in game one? Our full match preview is here while there are some big prices to avail yourself of in our side markets preview here

Tough work for all concerned. India have battled. England have battled. We’ve battled. We were guilty of misreading the pitch early doors, reckoning that Rohit’s dominance would be repeated in the top five. But we managed to get out of a buy of 375 innings runs, laying back for a trading profit. We’ve gone back in on that market for a lay of 450 or more. And we’re happy with that. Hopefully there will be more betting opportunities on day two. See you then. Price check: India 1.321/3, England 6.4011/2 and the draw 10.50.

England take the new ball. They will be content with their day’s work, having battkled hard to stay in the game during that Rohit-Rahane partnership. However, the nature of the pitch suggests that a score of 350 for India is a good one. Pant is the dangerman. Even with a wicket and the bowlers in, he will go on the attack and look to take things away from England. It’s what his style was made for.

Justice served. Rahane goes for 67. Moeen bowls him round the legs. And it lets the third ump off the hook. Hopefully someone will give him a talking too.

Anil Choudray the third umpire. And he’s having a stinker because he is in a rush. Rahane is out. Should be out. England reviewed because they felt he was caught off the glove. Choudray didn’t look at all angles and options. Ridiculous. Carless. Lazy.

England have got one. Rohit holes out off Leach. Justice done, perhaps, as the third umpire really should have been more conscientious on that stumping call. Now, does one bring two as was the case in the first Test? England can claw themselves back into the game with a couple more tonight. England in to 7.06/1, India unmoved pretty much in that 1.3030/100 region.

After making 60 or more Rahane has a conversion rate to 100 of 50%. He looks in more control than Rohit at the moment. Alas Sportsbook go 10/11 that he busts 100. Rohit survives a stumping chance. The third umpire was way too quick to give that a green light. It looked out. On the line is out.

England doing nowt. Market not doing much, either apart from England drifting inexorably towards oblivion. They are 10.09/1. India 1.292/7. New ball in 13 overs. England should try to frustrate and keep the rate down. Well, they are trying. But Rohit and Rahane are in complete control.

I said this was about a 2.5 day pitch. Personally I like this brand of cricket. Makes it more exciting. It’s supposed to be ‘test’ match cricket.

Couple of big boomers into the right-hander from Stone. Sportsbook go ‘no’ about the fourth wicket being caught at 13/8. Leg0-before is bang in the game with Stone getting that shape.

England under pressure. They’re not really present. India doing what they want off Moeen, who has just gone for two boundaries in an over. And Stone is not getting the reverse at a degree to make a difference. Moeen has been picked ahead of Bess to give more control. That hasn’t happened. England in danger of making all those who are claiming this is a terror track look foolish. We hope (pray) that we’re on the right side with a lay of 450 or more. 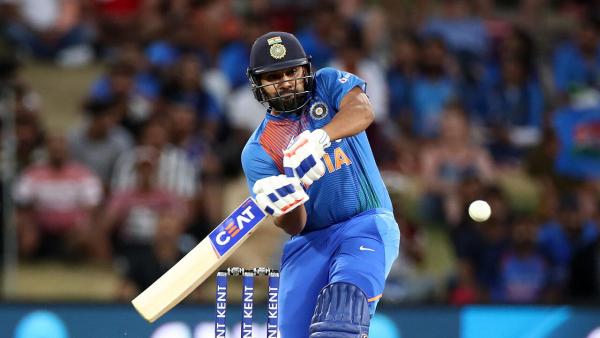 Back after the break. Squeezed in a round of blueberry pancakes there. We’re all about wickets now having laid India for 450 or more. England fancy some reverse here with Stone. Not sure they’ll get it because the wicket is not hard enough. Hmmm. Maybe not. A hint of it for Stone, who has been impressive.

A lot of pitch talk at the mo. Early doors I thought it as flat. Rohit’s innings has backed that up. At the moment, these two look comfortable. The likes of Ian Bell and Sanjay Manjrekar reckon the surface is not up to the high standards required for Test cricket. We’re laying 450 or more because you can hold either opinion and still be right. After lunch we said this was the definitive session of the match. Road or minefield, ENgland are hurting that they have failed to take a wicket. it’s fair to say they’re in trouble. India 1.3130/100 while England and the draw are both 8.207/1.

The kids are awake and the irritating questions have started. Where do the players sleep? A hotel. Which one? I don’t know.

Saturday, 07.54amBET India 148-3Why did we lose our nerve? Well, we’re not convinced India have the style of batsmen (Rahane aside) left to grind out the big total. Runscoring is hard work. Will Pant get his head down? Unlikely. And there is plenty in the pitch for England. Rohit has gone to his ton. We called it from the get-go that he was in the mood and are peeved we didn’t back it up with a wager. Currently we don’t have a live wager now we’ve closed the runs bet so keeping an eye out.

Rohit moves to 98 and is on the way to taking top-bat honours for India. Interestingly, in all match innings Rohit has a win rate of only ten per cent. Given his record (averaging 44) that is perhaps surprising. But considering our earlier stat about strike rates and where he sits in fastest scorers lists, it’s not. It reinforces the point that you want your wager to bat time on that market. Or, to use the golf analogy, drive for show, putt for dough. Sehwag, a rich man’s Rohit, had a 21% win rate across all innings.

Rohit has 89 from 108 – a strike rate of 81. He is at No 49 on the all-time lists for Test strike rates (qualification 1,000 runs) with a mark of 58. So he is rapid by his own standards. Indeed, positively Sehwag-ian at the moment. Viru is at No 3 on that list, behind Tim Southee and Shahid Afridi at No 1. Probably fair to say that given the weight of his runs, however, Sehwag is the most destructive Test batsman ever seen.

Quick check on India runs market. You can lay 325 or more at 1.814/5. You can back 350 or more at 2.09. The surface they have to work with means they should be well capable of busting the latter. But England are on the money here. Leach has a nice rhythm. And there’s only one specialist left in the hitch. We wagered more than 375 first up because we called a flat wicket. And we were right. But India have not applied themselves and that sort of total looks beyond them at present.

Big session this. Should define the match. If India end it only four down, they will have put themselves in an extremely strong position. They have to really get their heads down, though. I’m not convinced they can do that. There is now decent spin for Leach and Moeen.

England bang in the game. They need to be. They shouldn’t be. India have again been sloppy. Gill shouldered arms to a straight one early on. Pujara’s dismissal was soft. And then Kohli, inexplicably, tried a booming drive off Moeen when he’d just arrived at the crease. The explanation can only be pure arrogance. India need to knuckle down. Work hard. Grind it out. Are they capable of that? Not sure. England are one wicket away from Pant and his swashbuckling style won’t worry them. If India do put in the difficult yards, a score of 300 or more looks darn useful on a surface which will surely break up. But given they have the best conditions, they should be further ahead. I’d say England have taken that session. India 1.511/2, England 3.90, the draw 11.010/1.

Huge wicket for England, who have fought back admirably. Moeen got one to spin big and Virat was castled. He was so surprised he rveiewed it. When he was clean bowled. Rohit aside, it is fair to say that India, at the moment, are in danger of another ill-disciplined performance.

Oh go on, then. Since you asked. Here’s the top ten of Test players with the highest 50-100 conversion percentages…Sportsbook go 10/11 that Rohit busts 98 or more.

If Rohit is disciplined here, he can get as many as he likes. ALl very easy for him as he brings up his half century. Once he gets to a half-century he converts to three figures 33% of the time. Is that any good? It’s a bit ‘meh’. Kohli converts 53%. That is the sixth-best of all time. Moeen Ali bowling well, by the way.

This is a perfect pitch for Rohit. 6-4 off Stokes. Slow turn for Leach. England’s next plan of attack is to hope for reverse. That might turn up (might not) just before lunch.

This looks like a stand and deliver surface at the moment. Meaning that off the pacers at least you can pla that front foot and drive. Perfect for Rohit, who is that sort of player who likes it nice and easy. I mean, who doesn’t but that freedom gets him in the mood. He is 13/5 for top India bat with Virat 2/1 and Pujara 3/1. We’re shy of the top bat market because on a flat surface, 120 could beat 110. Rohit is 10/11 for 60.5 or more with Sportsbook. He already has 24. Leach into the attack now. Are we going to see big spin to derail the India run charge?

The big question here is: at what stage do I got and make a cuppa. I’m not afraid of missing the action. I fear the light-sleeping habits of a six-year-old. And I can hear her stirring. Wondering what would be a bigger disaster, Chet Pujara retiring hurt after a nasty bang on the finger or her wondering in now and being irritating as hell for the next three hours?

I know we’re only four overs in but this wicket looks like a road in the first-innings. There is zip and shape with the new ball but see that off and you should be on for a big one.Rhoti, as is his wont, likes to plant his front foot and drive through off without fear. He’s done it a couple of times now. A clear sign that it’s a true surface.

Worst possible start for India. Gill has shouldered arms to a straight one. Nothing pitch-related in that one to Stone. It’s a bad error of judgement. Surely India cannot be as chaotic as they were in the first Test? Pujara in. 1.528/15 India, 7.06/1 England and the draw 5.204/1.

India’s innings runs are 1.9010/11 for 400 or more. https://www.betfair.com/exchange/plus/cricket/market/1.179139354 That could well be a buy. But. Patience. We need to have a look at this pitch first. It is a different soil to the first Test, blacker and crumbier. So we expect it to break up significantly early on

England have decided to ‘rest’ James Anderson. We get that from the point of view of over-exertion. But he is a finely-tuned athlete, no? One suspects England need their absolute best XI to take on in the hardest challenge in world cricket and one that rose to that challenge magnificently. The call to axe Dom Bess is bang on correct, though. England have taken him out of the firing line before something unpleasant happens.
We’ve got a couple of wagers of note for this India innings – backing Virat Kohli and Chet Pujara for runs. The explanations are here.
They are underrated for centuries at 7/2 and 6/1 respectively. Here are the win rates for top India batsman…

Welcome back to my bed (spare room obvs). Tuck yourself in for a potential rollercoaster ride (not in that way, obvs). It’s advantage India, then. Their price has collapsed immediately. They are no better than 1.491/2 with England taking a big hike to 6.205/1. The draw is 5.709/2. The pitch, according to Virat Kohli is expected to go well for day one and then take drastic turn.