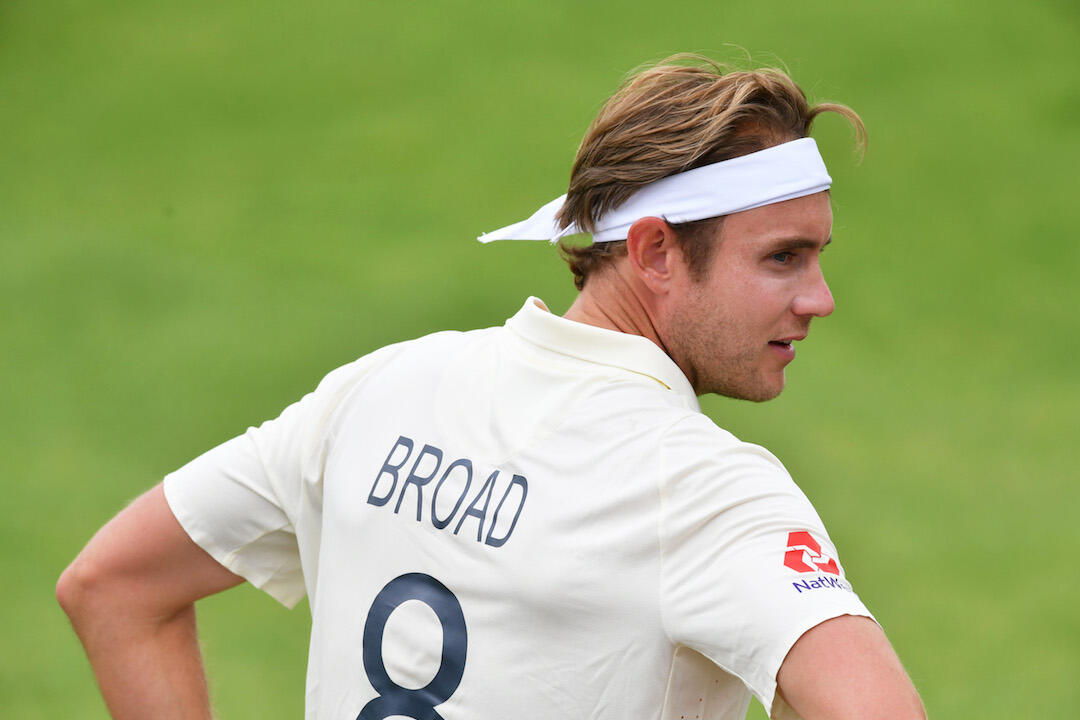 Welcome to Betting.Betfair’s live blog for the second Test. It’s the second day and England are under pressure. Can they restrict the hosts who resume on 300 for six? Will the MA Chidambarram wicket continue to crumble?

India lead by 249 with nine wickets in hand. They could declare now and win.Most likely they will want a lead of 400 for the purposes pf humiliation. Sunil Gavskar said England could bat twice and not get close to that and he’s probably right. Should be some decent bet options in that final innings in innings runs and indivudal innings. See you then.

On the previous point, ’tis also true that a seaming and swinging surface is considered fair. If it seams at right angles on the first morning of a Test, that’s fine. You won’t hear a murmur of discontent if it’s England bowling out an Asian team at, say, Trent Bridge. So why is this wicket considered worth reporting because it started taking spin on the afternoon of day one? Well, because it’s England who are suffering. And because the English don’t really understand spin. They think it’s a mysterious art. Seam and swing? Oh, very noble.

England absolutely dead in the game. No players around the bat. And batting looks much easier. They need to stop feeling sorry for themselves and view this innings in the context of the series. they will lose this game but a hammering in this dig they will lose confidence. They have been sloppy so far. Also, for clarity, we’re not bitching about the pitch because this is an English-hosted blog. Don’t make the mistake there is red and white bunting hanging from the laptop. Couldn’t care less who wins so long as it’s the team we’ve punted. And we’ve not punted England here. This match situation was called about 18 hours before the toss, by the way.

We’re about to find out whether England have batted like mugs. Or they’ve been done by a terror track. We’d be very, very surprised if they made 250. That is why we have laid. The potential for a declaration before that mark is a comfort rug. But England need to get their heads up. If they go round the park here, it has significant long-term impact. Get their energy up, focus and bowl India out cheaply they can restore some pride and retain competitive belief. If they’re blown away, they’re in a major hole for the rest of the series.

Broad can’t stay with Foakes. A wild swipe off Ashwin, who gets his fith. Now, we’re about to see how tough this wicket is. How many will India get? The follow-on has been saved by just four runs.

Would England have made 329 batting first? India have better spinners to exploit spinning conditions. Eng bowlers couldn’t land it in the same area. That’s poor skill level. Apply yourself and you can score runs. I can’t think of many good balls that have taken Eng wickets!

The strange thing about India producing a wicket like this is that they just don’t need to do it. They are a better team than England. In ‘normal’, or perhaps we should say ‘fairer’ home conditions, they are vastly better suited to taking 20 wickets and scoring the runs required. It is why they are so utterly dominant at home. Let’s cosnider that in the context of Kohli’s trigger-happy performance. Refusing to walk. Reviewing everything. Cheerleading the crowd. DO we think Kohli thought – and I mean really thought, long and hard – about the maths involved for a toss of the coin? I really doubt it. England need six to avoid the follow on.

KP better late than never. We said this earlier. If India lose the toss in this match they go 2-0 down. An extraordinary gamble

Such a brave wicket to prepare for a Test match IN India when India are down in the series.

If India had lost the toss, they’d have gone down 2-0.

The game within the game. If you’ve not had a wager on this Test – and you support England – you’ve probably switched off. but if you’re on Ashwin for top bowler or innings runs, every ball is an event. We need Ashwin to take one wicket. or we need anybody else other than Axar to pick up one of the last two. Ashwin about to complete an over. We’ll now be terrified for the next six.

Good. Ashwin gets his fourth. He’s going head to head now with Axar after tea. Nervous times for that bet, though, because Axar could easily pick up the last two in an over. Will look forward to seeing whether India enforce the follow-on.

Moeen gone. Edged behind off Axar. Irked. That downs our top bats. And brings Axar in to rival Ashwin for that top bowler wager. Could be over very quickly from here, this innings.

Ashwin back on. Kohli immediately burns his last rveiew on another lbw. Not a fast learner is he this bloke? No way near. Hitting Foakes almost on the thigh pad. He must be watching a different game to the rest of us. A day 2 finish is currently 6.05/1. Ashwin will have to run though England here and India would have to ignore the follow-on for that to be a wager. And we’re guessing on the latter. Still, would not be surprising to see England bowled out in the final session.

Moeen in. Got 146 on this ground. Not that it’s relevant because of the type of surface he is faced with. Pope made 22. That puts him in the lead for top bat but Foakes is looking solid and has 15. You just know Foakes is going to get up and damn our wagers.

Oh Pope. Worked so hard. Gets strangled down legside by pacer Siraj. Meantime…
Today’s irritating questions from small people who got up at 06.00
Who’s that?
Pope
Why’s he called that
It’s his name
Why?
It’s his name?
Who’s that pointing to dot of human being in crowd.

Ollie Pope’s false shot percentage in this innings is 19%, the lowest of any England batsman to have faced 20 balls. That’s still above the Test average of 15% – but in these conditions, it’s impressive. #INDvENG

Foakes, ton on debut in Sri Lanka in 2018, looks assured. Shame we didn’t bet him for top bat. Why didn’t we? Well, we go on win rates and Foakes had only played four Tests so no study period to use. Kuldeep, the wrist spinner, is on now. Punters keen for Ashwin to keep twirling. No doubt a lot of money resting on him for top bowler. One more should do it.

Just as well India have got a terror track because Kohli is eating his way through reviews like a kid left alone with the cookie jar. He’s a hopeless reviewer. Which gives an insight to his captaincy. He’s ticking all the time, emotional, over-excited. he’s spent much of this session orchestrating the home support. The characteristic of this pitch, all day today and much of yesterday was bite and bounce. And he’s reviewing leg befores above the knee roll.

Stokes was a top-bat bet at around 7/2. He got 18. Could be enough. But three strokes could be enough to win this market. Stuart Broad is 10.09/1. As we said, survival is not really possible on this track now so you may as well throw caution to the win. Use your feet, get to the pitch and belt it. A bit like Pant did.

Ashwin gets Stokes. Just a matter of time for the batsmen until they get one too good for them. An attack-minded approach might make most sense. May as well have a blast before you get one with your name on.

Last January Tamil Nadu played Railways in a Ranji Trophy match on this ground. The game lasted two days. Here is the scorecard. Bet the strip is the same. Or, at least, it was composed of the same black soil which has broken up. The question is this: how much are India aware that a toss is a fifty-fifty call? If they have deliberately prepared this wicket to get back in the series, they are one of two things. Dumb. Or crashingly insecure. If they lose the toss in this game, they go 2-0 down. What does that say about their confidence to beat England on a fairer surface?

Pope is in. He is 9/4 for a fifty. Before a ball was bowled in this innings he was 2/1. That price shift is quite right. This is now a very difficult wicket and we’d be surprised if we were here post lunch tomorrow.

Heart says lots ….. head says not so many!

Ooof. England up against it here. SPit and bite from Ashwin, as you would expect, from the new ball. Ishant roaring in. The pitch getting trickier all the time. The roller made little impression on the surface as the top continues to break. Innings runs, then. How many do England get. You can back 225 or more more or 250 or more at 2.001/1 and 2.407/5. England may well consider the latter a good effort after just three overs of their innings. Does it get any easier? Should do. The new ball amplifies the uneven bounce.

Pant going to have to go some now for 250. Kuldeep unable to hang around. Let’s get back to the England innings market….

Just breaking off from that discussion…are India value for 350 or more here. Pant in murderous form. You can bet at 2.25. He is attacking with ease and pinching strike. Let’s have a small one pointer.

Now seems a good time to start to look at markets for England’s innings. First, top India bowler. We are on Ravi Ashwin at 21/10 for clear top India wicket-taker with Sportsbook. Ni dead heat rules so he has to win. That has now been cut to 11/5. On win rate that is value. But only by a smidge. He is 6/4 for top wicket-taker. This market means that a draw does apply. Kuldeep is possibly his greatest threat. He is a big spinner of the ball but won”t be able to build pressure like Ashwin.

How refreshing is it to see a specialist gloveman behind the stumps, eh? Lightning-quick work from Ben Foakes to stump Axar off Moeen and England are into their work early. Even the trigger-happy third umpire couldn’t balls that up. Oh…another one! One brings two. Moeen now gets Ishant. England in a whole point to 6.205/1.

Good morning friends. Here we are again. Wondering when the best time is to go to make some toast, wondering when the best time is to bet, hoping small children don’t wake, hoping England grab quick wickets. A potential 90 overs of wagering and worrying opportunity ahead of us. First up, we have alay of India runs at 450. Bit tight. England have a new ball. India have Pant, flying by the seat of his. Price check: India 1.292/7, England 7.4013/2 and the draw 10.09/1.