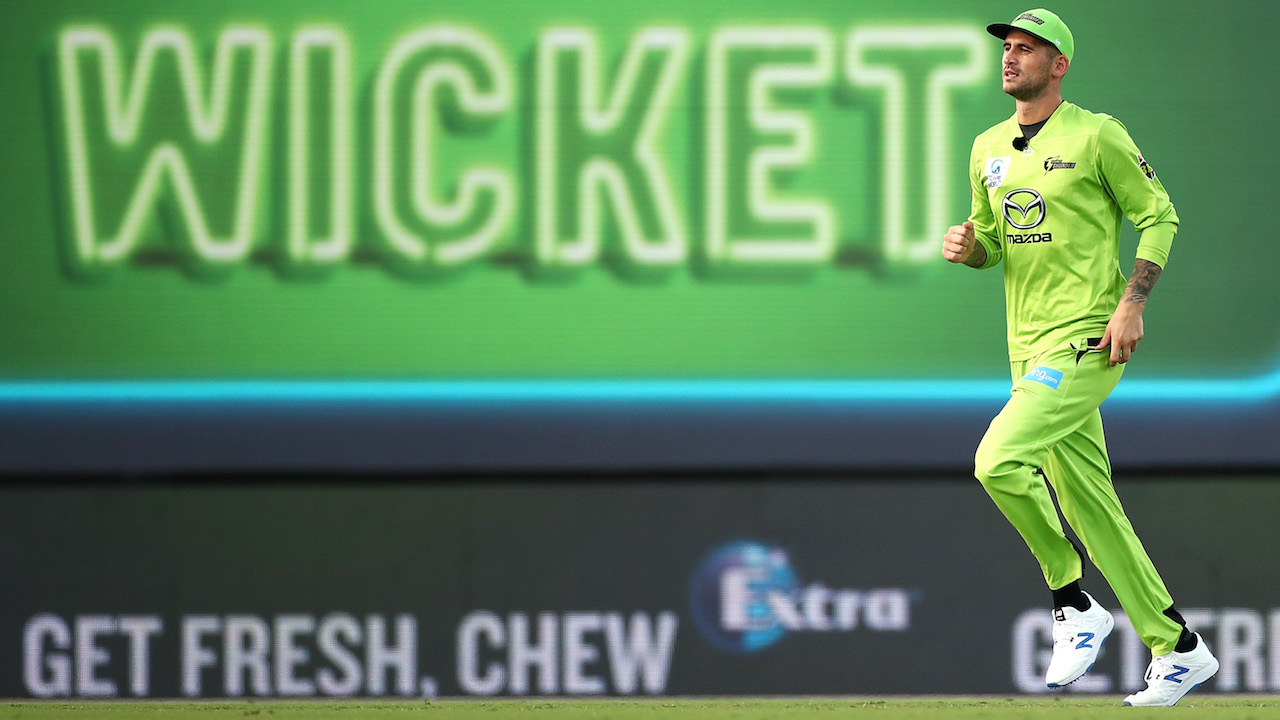 Less than 18 hours after opening their campaign with a resounding victory over Brisbane Heat, Stars are back in action at the Manuka Oval. Predictably, they start strong favourites trading at 1.684/6 compared to 2.447/5 about Thunder.

Such odds are notably one-sided for the early stages of a T20 competition but logical if based on their respective Big Bash pedigree.

Stars have never won this title but are perennial nearly men, runner-up in three of the last five renewals and only once ever finishing worse than fourth. They won the points table last year with a formidable 20 point tally.

In contrast, Thunder have won a Big Bash title but that 2016 success came after finishing fourth in the table – their highest ever placing.

However Thunder can take heart from the fact they’ve won five of their last six opening games in BBL, plus a respectable head-to-head. They only trail these illustrious rivals 7-6 throughout the history of the tournament.

Thunder a bigger threat than Heat

While the comprehensive manner of today’s victory justified the optimism behind Stars’ latest bid, I wouldn’t over-react. They won the toss and always looked sure to restrict Heat to an easy target.

Brisbane are probably the weakest side in the tournament – I’d say much more so than Thunder. This outfit boasts last year’s top wicket taker in Daniel Sams and second highest runscorer in Alex Hales. They lack their opponent’s star quality but have depth and balance.

Stars may be slightly weaker this year

Stars do indeed look very strong again, although I think their squad is weaker without Haris Rauf and Sandeep Lamicchane. Marcus Stoinis opened with a duck, following an ordinary IPL, so they can’t bank on a repeat of last season’s heroics.

Note too that Thunder were involved in the four matches to be played at Manuka Oval in the last two series, faring well. They won two of the three completed matches and were in a fair position before the other was abandoned. All things considered, 2.447/5 may represent a bit of value about the outsiders.

So what can we conclude about this Canberra ground? Prior to today’s 125, the four first innings totals ranged between 161 and 181. The two scores above 170 were winners. In the recent T20 international, 161 batting first proved enough. One previous match here saw 150 chased down.

The sample is too small to conclude anything about toss bias but the evidence does suggest this is one of the lower scoring grounds. I suspect par will start around 165 and that we will see a score within the range of earlier scores. Nothing is advised pre-innings on runs – for now, I’m employing a watching brief.

So far as top batsman is concerned, Stoinis makes no appeal at a miserly 2/1 for Stars. Glenn Maxwell makes no appeal at 10/3 either, given today’s order. He came in at five and shared top scorer honours with number three, Hilton Cartwright. 9/2 about the latter appeals in hope of a repeat.

Given his record in the competition, 16/5 about Alex Hales also makes plenty of appeal for Thunder. These are big odds about any opener in T20 cricket.