All eyes on Sams

The Thunder ended the season in third place, good reward for having put together a well-balanced squad that included picking a good trio of overseas players. Alex Hales is a contender for Player of the Tournament, Sam Billings played a couple of beautiful innings and kept wicket very well, whereas Adam Milne didn’t take as many wickets as he would have liked but had a good economy rate all though the Group Stages.

They may have missed out on a Top 2 finish but third at least means they’re two games away from the final rather than three, which is what it was for the Heat before yesterday.

It’s not all dandy, though. Batsman Oliver Davies keeps having failures with the bat and patience is probably wearing thin with the youngster; they’ll probably go with the more experienced Alex Ross in a game like this. Usman Khawaja is going through a rough patch himself.

But the biggest headache of all is Daniel Sams. He’s 50/50 because of injury but the Thunder need to gamble given who it is. They might as well make use of the X-Factor sub, play him and see how he feels after the first 10, especially if they bowl first. He’ll surely know after one over if he’s ok to bowl properly so they can make use of the rule if necessary. 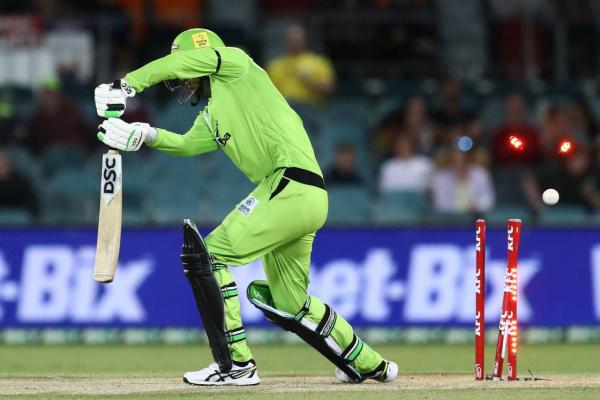 One down, two to go to make the final for the Heat.

Sure, they deserve some credit for even getting to the Playoffs and just about keeping their nerve in a tough chase, but boy did the Strikers make it easy for them. They posted an awful score and though they started well with the ball, they dropped three catches during the Heat’s chase. The Thunder are unlikely to be so forgiving, especially with the bat.

Still, they showed there’s life beyond Chris Lynn with the likes of Joe Denly, Joe Burns and especially Jimmy Pierson making up for the skipper’s early exit with a trio of good contributions.

Earlier Marnus Labuschagne showed his value to the side with a quite brilliant bowling display of 3/13 off three overs. Not sure if that wasn’t a more meaningful contribution than man of the match Pierson’s unbeaten 47 off 44, because it was those wickets and economy rate that gave the Heat such as easy task in the chase.

Hard to really trust either side

We’re in Canberra for this one at the Manuka Oval. It’s worth remembering the Thunder have twice passed 200 here, unsurprisingly winning both of those games.

So, you’re looking at a score of at least 180 batting first.

The Thunder are 1.784/5 on the back of a better finish in the Group Stages, more star names and a good record here. But are they losing momentum at just the wrong time? They may have beaten the Sixers well in their last game but it was three straight losses before that. Which coincided with Sams’ injury. They’re a good side but right now are looking a little over-reliant on Alex Hales. Who’s going to rebuild if they don’t have the Notts man get them a good start for a change? 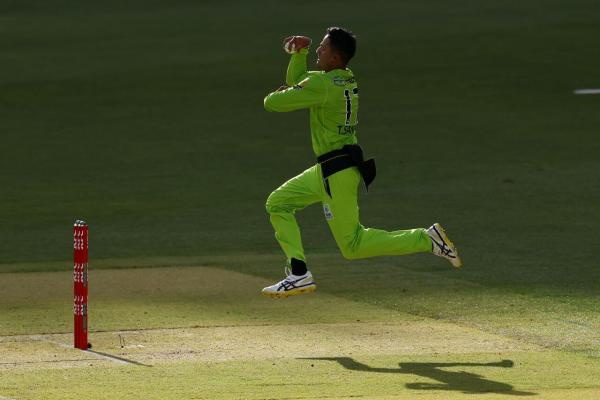 But we’re not sure we can trust the Heat, either. It’s far from ideal that this deep into the tournament they don’t know what their best batting order is and have been anything but clinical in the chase, even easy ones.

If you’re desperate to play this market (you don’t have to) then a trade of the Heat from 2.26/5 into about 1.84/5 should be very doable but I wouldn’t want to call the match winner.

Alex Hales (23/10) is the tournament’s top batsman, so many will feel that makes you the man to side with. He’s certainly going to score at a good lick and he’s already scored 71 and 54 at this ground this season.

But then again, that price isn’t telling you anything you don’t already know.

Khawaja (3/1) can come good in any game because he’s a class act but he seems a little bit too insistent on scoring behind square at the moment with a series of lap shots and sweeps rather than trying to score all around the ground. Callum Ferguson (7/2) hasn’t got to 50 in nine matches and you’d think that’s the target when playing this market. 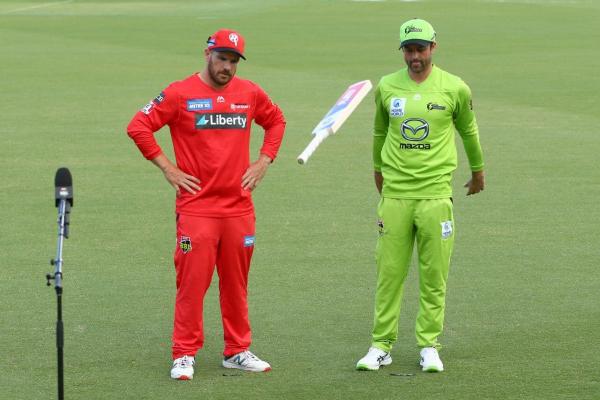 Ross (9/1) looks a decent price if he plays and bats at five and anyone beyond that is a case of paying your money and taking your chances by hoping no-one gets many and that 40-odd from the likes of Ben Cutting or Daniel Sams is enough at big prices.

I’d rather go with Sam Billings.

His total runs don’t stack up that well because he missed four matches at the start but he’s averaging 28, has two fifties in 10 games, bats at four, has over 200 T20 games under his belt in internationals and is a big-looking 5/1.

Labuschagne may just be the most important addition to a BBL side of those coming back from Test duty. The eccentric Steve Smith clone has brought his quirky brand of cricket to the Heat just when they needed it, contributing in all three disciplines.

Curiously it’s been with the ball that he’s really excelled. Curiously because he’s very much a batsman who can bowl. Proof of that is that in his first 9 matches in T20 he took one wicket. Well in his next four (since his return to the BBL last week) he’s taken nine wickets. Here are his figures: 2/20, 1/10, 3/35, 3/13. In three of those four matches, he was their top bowler and at seriously big prices. He was 8/1 against the Strikers alone.

He has been cut to 11/2 ahead of this one but in the form he’s in, he’ll surely get at least three overs. And for a man who has won this heat three times out of the last four, you don’t want to be turning down a quote of 11/2.