The Thunder have shown over the last couple of matches that they could be a hard nut to crack. Early days yet but those two wins have meant they’re right in the mix.

What they lack in proper star quality- none of their players in action at the minute currently play white-ball cricket for Australia bar Daniel Sams- they have in BBL specialists who know their roles inside out.

As examples, Callum Ferguson leads the side well and is a typically busy number three, Ben Cutting is a big-hitting all-rounder good under pressure, Daniel Sams a powerful wicket-taking fast bowler who can clear the boundary down the order and Adam Milne a real speedster who already made a big impact in his first game. 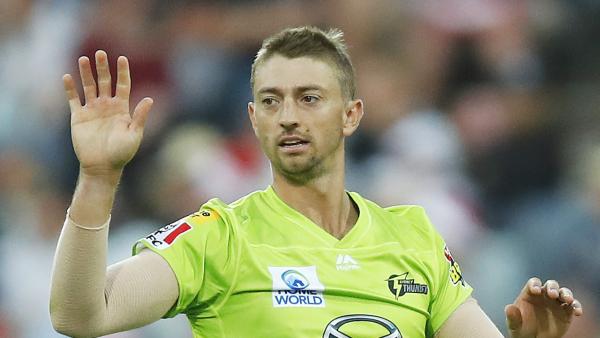 Then there’s the exciting Tanveer Sangha, a young legspinner who has impressed with good variations and a cool head.

But they’re not going to be competing for a place in the final unless opening pair Alex Hales and Usman Khawaja get going. Their middle-order can’t keep on bailing them out and those two are too good and too experienced to be failing time and again. Hales has now scored back to back golden ducks.

They’ll be better for the arrival of Sam Billings, who could even open if necessary. He should be available to play here.

With one win from three (plus a bonus point) and a shocking net run rate, the Renegades can consider themselves pretty lucky that somehow there are two sides who have been even worse than them.

Once Mohammad Nabi gets into the swing of things and Aaron Finch gets some runs under his belt, they’ll be a better side. The Finch/Shaun Marsh opening partnership is a strong one and Sam Harper and Rilee Rossouw are no slouches at three and four, either.

Rather than the personnel, the problem seems to be tactics and captaincy. Good players, yes, but they don’t always play smart cricket. Strange because Finch is after all the Australian T20 captain.

They’d love it if James Pattinson was allowed to play here. He’s currently in the Test squad but like a few others, hasn’t played yet but hasn’t been released for BBL duty, either.

Why are the Sixers the outsiders?

There’s not much in it in terms of the betting but on the Exchange the Thunder are slight outsiders and that just doesn’t seem right to me.

The chief reason for that must surely be the head-to-head record between the sides over the years which is 9-2 in favour of the men in red. If you’re going to consider that the most important element of all then you’d probably be favouring the Renegades, but I’d rather give much more importance to their respective players, their results so far and the way they go about the game.

And in that regard I favour the Thunder. Khawaja and Hales will score runs at some stage and the presence of Billings will mean a return to the more natural order of things with Cutting at six and Sams at seven. Given their bowling is fine and varied and I think it’s the men in green holding most of the trump cards.

This one’s at the Manuka Oval in Canberra so 160 should be about par. Get to 170 and you’re in the driving seat.

Let Ferguson do his thing

The Sportsbook is showing plenty of respect to Hales (11/4) and Khawaja (5/2). Those are short prices for a man who has faced two balls in his last two innings without scoring a run and another who is yet to get to 50. 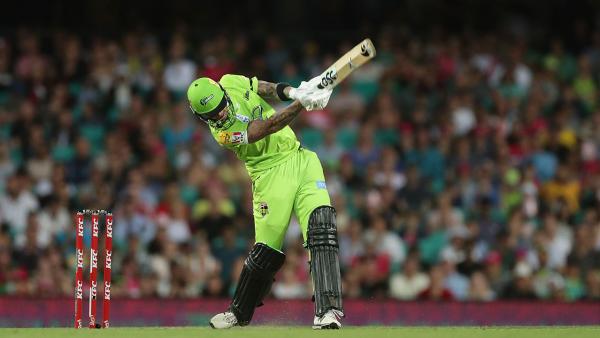 One or the other always seems to get out early and that normally gives Callum Ferguson enough time at the crease to make an impact. He’s now top scored twice in three and he may well do so again in that unrushed, ‘here to do a job’ sort of way. 7/2 is a very fair price.

Oliver Davies (11/2) impressed on debut with some typical fearless hitting that T20 youngsters tend to have and was important in that win over the Scorchers.

But with Billings coming in, he’s likely to bat lower down at five, so opportunities may be limited.

Billings is 7/2 but until we know where he’s going to bat or what sort of shape (physical and mental) he’s in after being in quarantine, we’ll leave him alone.

It’s a very similar story on the Renegades top batsman market with the two big-name openers pretty short: Finch is 23/10 and Marsh 11.4.
I think we can therefore make the same case for the Renegades’ own number three Sam Harper here. He’s been their most consistent batsman so far and top-scored last time out.

This isn’t a particularly great or long batting line-up so if he can get those two openers beat, he’ll probably win this heat. 4/1 is more than good enough to take the chance.