Tim Paine was only three-years-old when Australia last lost a Test match at The Gabba. Some might be inclined to reckon he has not done much growing up since, given his childish sledging of Ravi Ashwin in Sydney. Karma bit him hard in Brisbane as India pulled off a series heist for the ages.

One can forgive a misplaced word here or there in the heat of the battle and before India’s extraordinary record chase, Paine looked likely to be forgiven for losing his cool. Indeed, his careless words took the focus off his careless captaincy. But there should be no hiding place now.

Unfortunately for Paine, who by all accounts is a great bloke, his words and actions, or lack of the latter, are likely to contribute to his replacement as Australia captain. Well, they should anyway. You have to walk the walk if you talk the talk and for some time Paine has been found wanting.

It leaves Australia with a dilemma ahead of next year’s Ashes series. Do they stick with Paine? Do they replace him before the Test series in South Africa in March? And, the really big one, who would they replace him with?

Judging by Paine’s comments after the loss at The Gabba, Paine may well decide to fall on his sword if Australia do not to reach “the goal” of a World Test Series Championship final in England this summer. They need to beat South Africa 2-0 or 3-0. He refused to be drawn on whether he would still be in charge for the Ashes. “I’ve said many times in the last two or three years that I don’t look past the next series,” Paine said. Many will read between the lines.

Australia may not be able to afford to go into the clash against England with Paine in charge. Could his tactics prove the sort of distraction that England, beaten 5-0 on their last visit, desperately need?

Since the last Ashes, which Australia drew 2-2, Paine should have been called into question. The failure to bat first at The Oval allowed England to salvage a draw when, by and large, they had been comprehensively outplayed. The Fair Dinkum Aussie culture and ‘team song’ noise drowned out the naysayers who pointed out: you’ve just squandered a rare chance to win in England. That was irrelevant, came the bluster, it’s all about retaining the urn, mate. The rest us think sport is about winning. 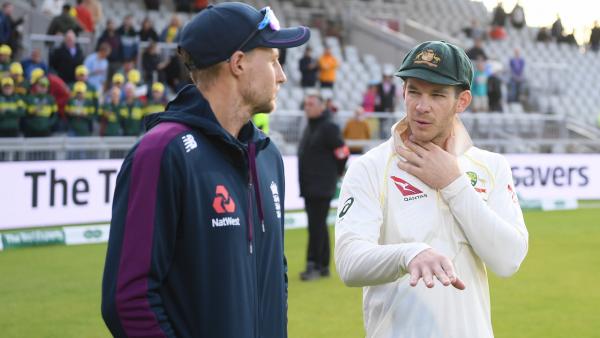 Paine’s coin-flip madness was perhaps nothing in comparison to his tactics in the epic of Headingley. And if there was one thing we learned from the Amazon documentary which followed Australia during that summer, it was that Paine is not the sharpest. When questioned by coach Justin Langer as to why he allowed Jack Leach as many singles as he wanted, his answer was stupefying. It was something along the lines of wanting to be positive and reckoning they had a great chance to get out Ben Stokes, who was seeing it like Venus.

So Paine has now lost another epic. The failure to run through an India C team should weigh greatly. Likewise the failure to win in Sydney. Don’t forget this is an era when away teams batting last in Tests are as good as beaten as soon as the coin toss is lost.

The Aussie powers-that-be, then, have a difficult call to make. There are no credible alternatives to Paine. Well, unless they gamble on like-for-like by promoting Matthew Wade. But they could find themselves in the same position slap bang in the middle of an Ashes series. The thoughtful Usman Khawaja would have made a terrific captain. This was another lesson from the documentary.

Khawaja absolutely got it that at the elite level players needed help releasing pressure, not having it piled back on by a coach wibbling on about “doing it for your country”. Alas, Khawaja’s relationship with Langer makes him getting the gig impossible.

Marnus Labuschagne? Too eccentric. Pat Cummins? Too much workload. The rest of the bowlers? Not leadership material. Travis Head? Not sure of his place. David Warner? Seriously? The only option appears to be a return to Steve Smith.

It is not as unconscionable as some may think. Australian cricket exists to hold the urn. And, when push comes to shove against their old rivals, a culture which has so successful decided where ‘the line’ is, without telling anyone else, will be prepared to reinstate a man who has, and get ready for this one, “served his time”. Timing will be everything. The sooner the better. Making Smith captain just before the Ashes would be a mistake, providing that distraction again for England. 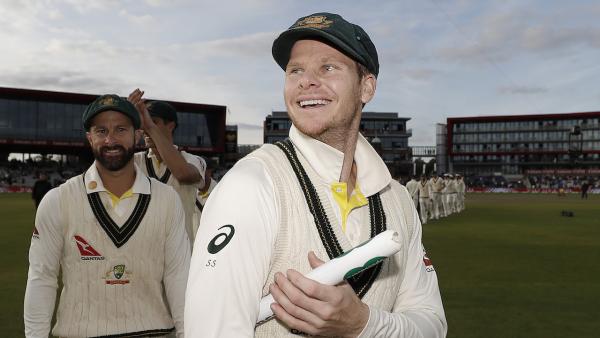 On the subject of England, and their coach Chris Silverwood piping up, it might be best to keep schtum. Australia’s defeat by India is unique for so many reasons that it appears destined to be a one-off. The death of a Test team which boasts such stellar bowlers is surely exaggerated. Come November, Cummins, Josh Hazlewood, Mitchell Starc and Nathan Lyon will be refreshed and possibly free from the complexities and strains of bubble life. That bowling stock could be added, too, as well with Michael Neser talked up.

And we note that Sportsbook have refused to cut England for Ashes success. The 11/4 available is a price which even the most diehard fan might struggle to recognise as value. Australia are 1.558/15 on the exchange. By the way, England haven’t won at The Gabba since 1986. When Paine was still in nappies.

Can England improve in Sri Lanka? This week on Cricket…Only Bettor